In this week’s news roundup, you will read about Cristiano Ronaldo’s NFT collection that’s in partnership with Binance, the central bank of Zimbabwe’s move to conduct a consumer survey on CBDC, and more. 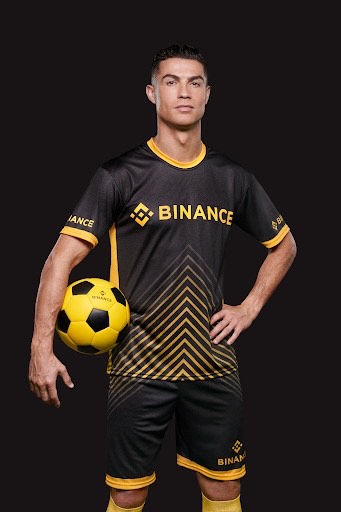 Renowned football player Cristiano Ronaldo is set to launch his NFT in partnership with Binance. The NFT collection will become available on November 18, 2022.

Speaking about the partnership, He Yi, Binance’s Co-Founder and Chief Marketing Officer, said, “We believe the metaverse and blockchain are the future of the internet. We are honored to collaborate with Cristiano to help more people understand blockchain and showcase how we are building Web3 infrastructure for the sports and entertainment industry.”

The collection launch, which is part of an exclusive, multi-year partnership with Binance, is supported by a global marketing campaign that features Ronaldo introducing Web3 to his fans through the world of non-fungible tokens (NFTs).

“It was important to me that we created something memorable and unique for my fans as they are such a big part of my success,” said Ronaldo. “With Binance, I was able to make something that not only captures the passion of the game but rewards fans for all the years of support.”

The NFT collection, which is expected to drop on Friday, will feature seven different animated statues with four rarity levels: Super Super Rare (SSR), Super Rare (SR), Rare (R), and Normal (N). Each of the NFT statues will depict Ronaldo in an iconic moment from his life, from career-defining bicycle kicks to his childhood in Portugal.

The Central Bank of Zimbabwe has announced that it will be conducting a central bank digital currency (CBDC) consumer survey to gather views on the design, nature of the digital currency, and overall acceptance by the public.

The bank went ahead to reassure the participants that any information received via the survey would be treated with the utmost confidentiality. Additionally, the bank said that the results would only be used for research purposes. The move comes just a few months after the Zimbabwean central bank said it would publish a document that would kick off a public consultation process to help foster an extensive and transparent public dialogue with reference to the potential benefits and risks of the CBDC.

The form includes questions to gauge whether residents understand the difference between CBDC and a normal Zimbabwe dollar, as well as rate their chances of using the digital currency. Zimbabwean residents have until December 7, 2022, to complete the exercise.

Modus, a holistic New York venture platform, has announced the launch of Modus Africa, a venture capital fund for AI and blockchain startups across Sub-Saharan Africa. The $75 million fund is expected to reach its initial close in the first quarter of 2023.

With recent expansion into the Middle East, Modus says its expansion into Africa will create an “additional conduit of market access for Modus portfolio companies while also enabling African startups to scale into the MENA region.” in addition, Modus on its website states that the fund is backed by various investors ranging from family offices, government-backed entities from the US, EU and MENA, private investors and UHNWI.

Modus, unlike other venture firms interested in Africa, has a focus on startups in the AI and blockchain space. According to a statement, Modus says Africa has the potential of reaching 200 million+ new blockchain users in the next four years, fueled by necessity and a fast-growing tech-savvy population.

Speaking on the formation of Modus Africa, Kareem Elsirafy, the Managing Partner of Modus, said in a statement, “Modus is proud to be launching an Africa-MENA investment corridor to continue supporting and investing in emerging innovation ecosystems. The Modus platform is uniquely positioned to deliver impact and value to African communities through operational, institutional, and financial capital. We’re excited to have Vianney and Andre leading the way on this journey.”

Get Lucky Tickets for World Cup Bets on 1xBit

Japan CBDC Trial Set to Rollout with Major Banks in 2023